5 Reasons Why You Are Disengaging Your Employees Knowingly 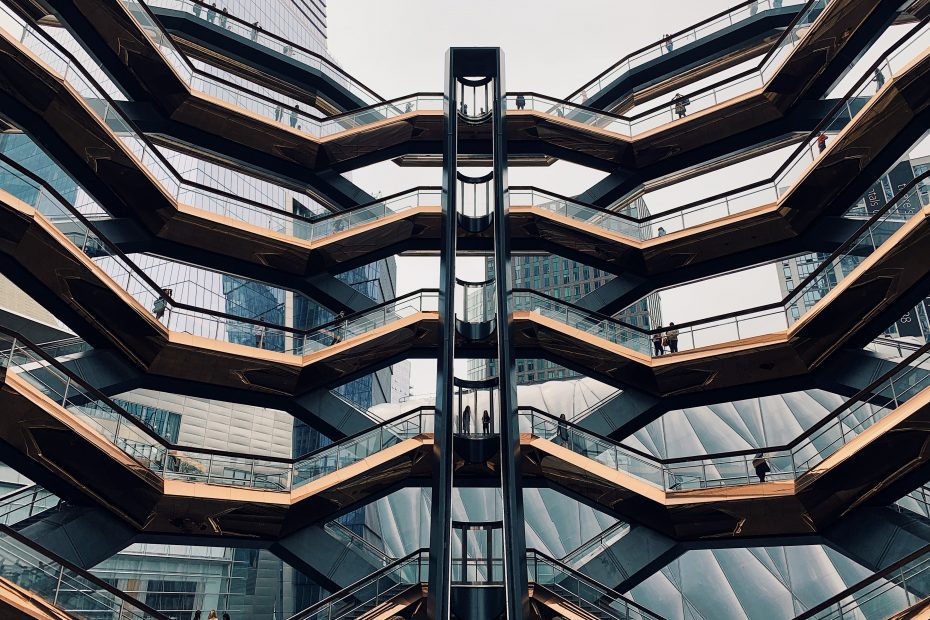 Employees work incredibly hard on their job not only for the paycheck that comes at the end of every month, but also because they want to feel appreciated, recognised and rewarded by their boss – aka a high level of employee engagement.
For that, they will stay and bring your organisation to success.

Now, what do business leaders give them in return? You might say gym and insurance discounts, annual dinners, or stipend. If it were sufficient though, the average voluntary employee turnover would be much lower than 13%.

That, translates to a potential saving of $32.9 million USD per annum if voluntary turnover is reduced by 1 percentage point at an organisation with 30,000 employees. In other words, disengaged employees = money down the drain.

It can also be stretched into loss of productivity, institutional knowledge, and client relationships. Not to mention the cost of recruiting and training a replacement.

So what is the missed opportunity? Where can organisations get that saving back?

What are business leaders not doing in engaging their employees?

1. Our view of why people work and what the labour market looks like is too simplistic.

Behavioural economist and MIT Professor Dan Ariely busted the myths through his research. He says, “When we think about labour, we usually think about motivation and payment as the same thing, but the reality is that we should probably add all kinds of things to it: meaning, creation, challenges, ownership, identity, pride etc.”.

That is, businesses leave employees disengaged with blatant naivety, thinking that employees are exchanging their work hours with welfare, fancy corporate dinners, and merchandise.

In reality, we are motivated by completing challenging tasks, and/or visualising what we are able to achieve. You may not know but, it is backed with data. Seeing the fruits of our work actually boosts our performance.

This disconnect between talent, motivation, and business strategy leaves the wider workforce disengaged.

So? We need to work towards giving the employees what they want, not what we think they would like.

2. In fact, we are not telling employees enough about how they are helping us.

His research left a key takeaway: “Tirelessly helping others could be the key to hyper-efficiency”.

People were more driven to succeed, even if they could not pinpoint what fuelled that drive.

We all know that call centres are notoriously known for being an unsatisfying workplace with repetitive work and emotionally-taxing work. It is plagued with verbal abuse and rejection – as high as 93%! So how did the callers stay positive with their work?

After running the same experiment five-times, Grant concluded that knowing that the funds raised actually contributed to a scholarship recipient’s success helped.

“It was almost as if the good feelings had bypassed the callers’ conscious cognitive processes and gone straight to a more subconscious source of motivation”, he said. 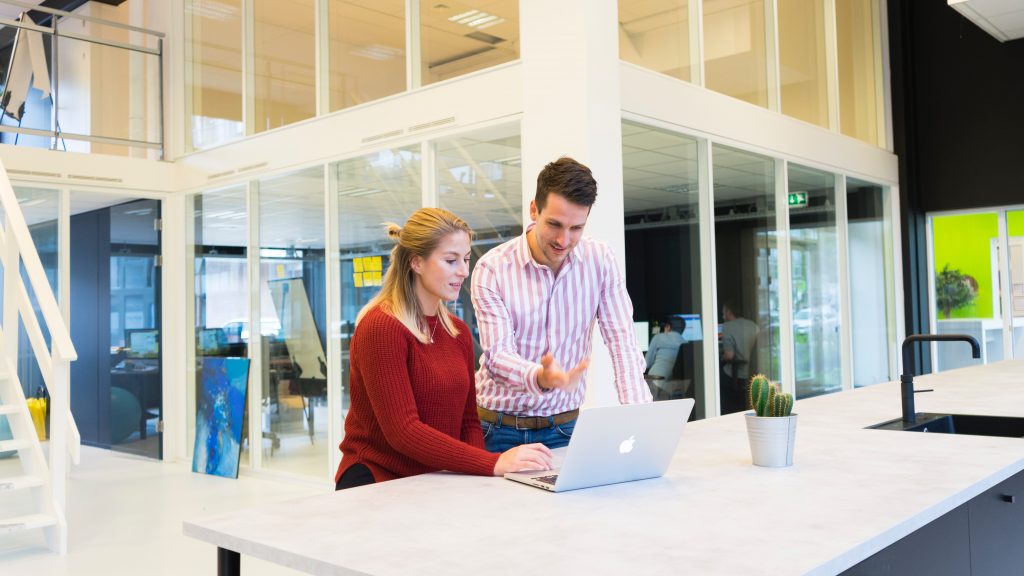 So, next time show them that their work has meaning and how their effort is crucial in advancing the overall project. Remember, employees, aren’t mere components to your project.

3. Organisations love new blood (too much).

New blood is awesome. It injects new energies, inspirations, and unindoctrinated ways of doing things. Better yet, it helps to fill the skills-gap in organisations as hiring talent is the number one concern for the executive suite in 2019’s Conference Board Annual Survey.

This is also mirrored in PwC’s 2017 CEO survey where chief executives view the unavailability of talent and skills as the biggest threat to their business. Justifying just why employers would spend $4,129 on average to hire a position in the United States.

On the flip side though, repeated external recruitment means previous hires are not meeting the needs of the company. Thereby reflecting deficiencies of the current systems.
Or that, the current workforce is underutilised.

Both are killers to employee engagement, and company reputation if you ask. 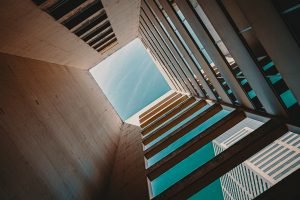 External recruitment failure is straightforward. Organisations are simply not hiring the right people, which can be attributed to factors such as the general deficit of skilled workers globally.

In other words, the nature of work has been radically changing, along with the tools that we use – it can take some time for supply to adjust to demand.  With the skills gap widening, this shortage could reach 85.2 million people – costing companies $8.5 trillion in lost economic opportunity.

But what do organisations with quality-employees do? How do they treat their workforce?

From Deloitte’s Industry Review, high-performing employers focus on building close relationships. These relationships tie a worker’s long-term goals with the organisation’s objectives and performance. That’s how engaged employees are retained and grow together with the business.

4. The not-so-visible killer to employee engagement: The Underutilisation of Staff.

In your head, you may scream, “but I don’t want to burn anyone out!”

Of course, no one wants to be burnt out. But remember what Ariely found in his research earlier? We are motivated by completing a difficult task. The more challenging it is, the greater the satisfaction when we finish it.

As such, the underutilisation of staff may leave people feeling unchallenged and unsatisfied. Ramping up disengagement as a result.

City & Guild’s Missing Millions report indicates that only 8% (out of 5000 respondents) of workers felt that their skills were always underutilised. However, 62% said that their job did not allow them to use all of their abilities. 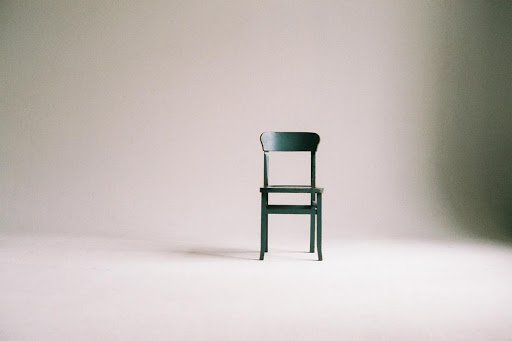 When employers can fully understand the range of skills they have within their organisation and make full use of them, they will be able to push up productivity whilst boosting people’s feelings of being recognised and valued.

“As the workforce profile shifts, the ability to harness loyalty of staff and thereby drive up levels of retention is far more productive than redundancy and recruitment,” said Kirstie Donnelly, CEO at City & Guilds Group.

Now you may think that the “easy fix” would be a skills audit, which is an excellent way to identify the skills held by staff.

However, most of the time, skills audits are simply an act to collect information supplied by staff.

Organisations have no strategy in matching relevant work-related skills with actual work or tasks that the organisation needs to be done. This goes a long way to explain why employees often don’t bother letting their workplaces know what additional skills they have…

Professor Morgan McCall from the University of South Carolina suggests that bosses are only human. They may not know what talent they have in their teams.
(We get it. It is only natural to struggle memorising everyone’s secret powers if you have 40 direct reports.)

Research by the Korn Ferry Institute adds that different leadership styles may leave blind spots in inspiring and building talent.
“Leaders who struggle in building a team are unable to knit together a cohesive, motivating vision for others to follow.”

In fact, about 14% of leaders overlook opportunities to build key talent. And as a result, under-leverage their team’s ability and undermine other people’s potential contributions.
Such inability to inspire or build talent is exemplified in micromanaging bosses who do not empower and utilise the talent on the team. Rather they save the best projects for themselves.

The Institute also finds that 11% of leaders (or 14% of executive-level respondents) do not relate well to others.
Leaders, in this case, are often absolute connoisseurs in their job with staggering results that speak for themselves.
Yet, they may lack composure and flexibility, which results in an unwillingness to seek out or value alternative points of view.

So, what do true leaders do? What can you do for a change?

They provide exposures to other senior executives, make connections, and open doors for others.  They offer career advice and guidance.

True leaders develop skills in others. They inspire, raise the bar, and demand excellence.

They act as role models.

Stop neglecting your valuable employees. Keep them engaged by opening doors for them.

Give the attention and effort to identify your high-potential employees. Engage and Develop them.

They will thank you later. 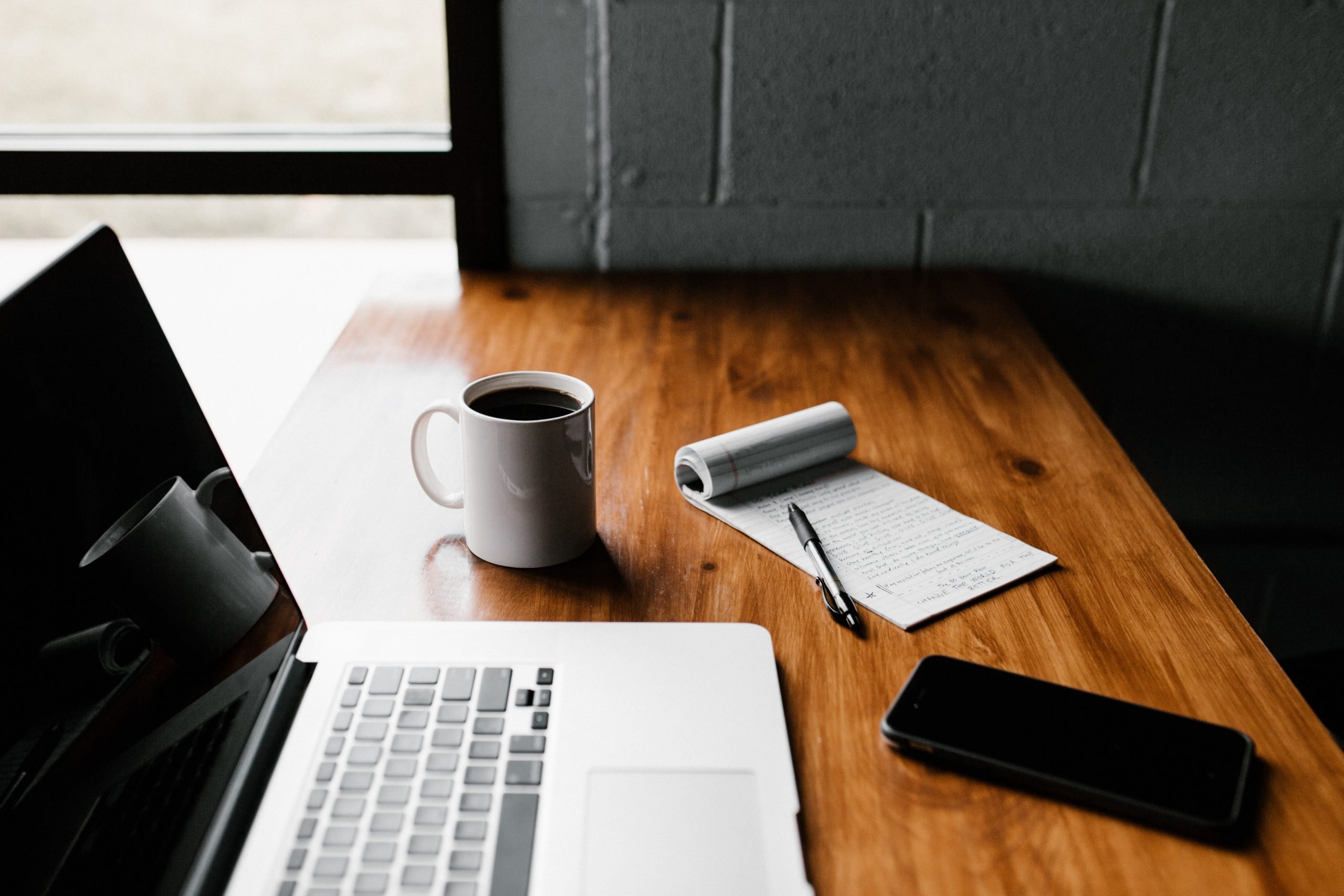 How to Develop Employees without Forcing them on Training

Ashleigh Lee October 20, 2020
Talent Development, Traditionally.  “Why should we develop people when our competitors are willing to do it for us?”  CEOs were asking that question in the 1990s to demand justifications on… 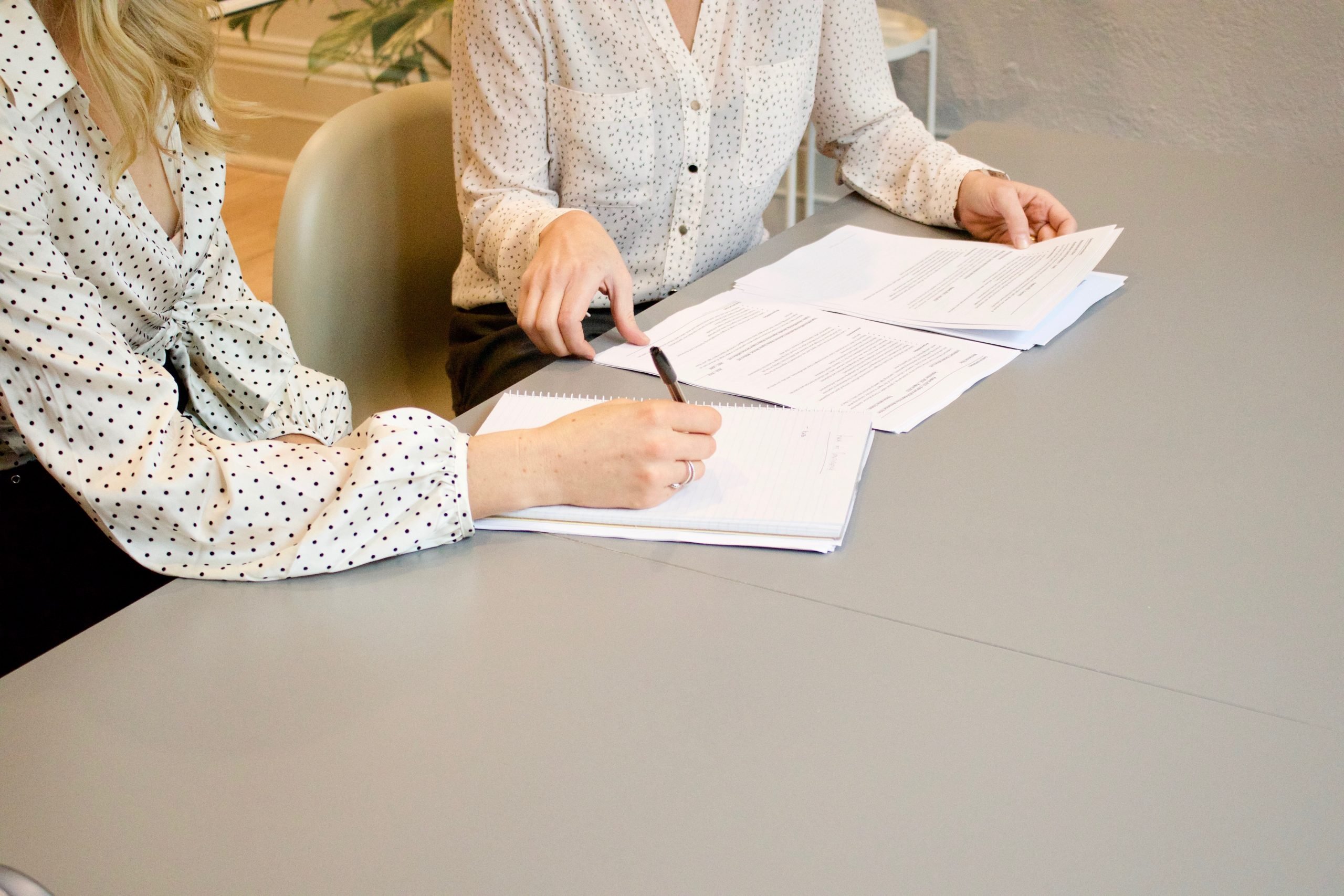 What is the ‘New’ Employee Engagement & Why it Matters 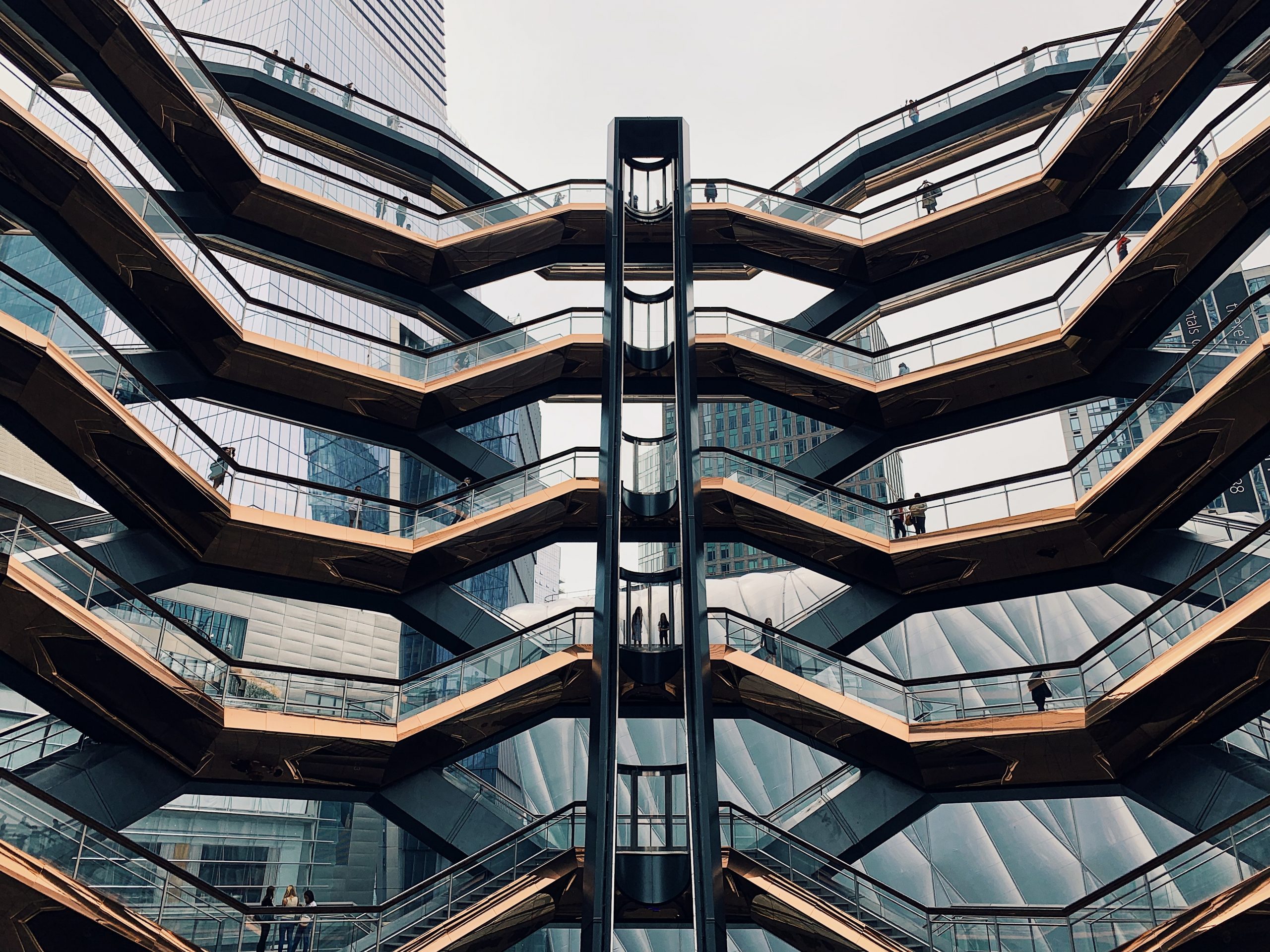 5 Reasons Why You Are Disengaging Your Employees Knowingly

Ashleigh Lee October 7, 2020
Employees work incredibly hard on their job not only for the paycheck that comes at the end of every month, but also because they want to feel appreciated, recognised and…