“Those RICH JEWS enjoy their dinner in their mansion while WE DIRTY buggers get to eat here” said the guy across the table, as if it were an axiom. I have never shared this story before, but I think now is the right time.

At the time this happened, I was an engineer on my first FIFO to a BHP site, commissioning a brownfield upgrade to the Nickel West processing plan in Mt Keith, WA, Australia. I’ve been to the site long enough to know lots of people and across the table sat one of the BHP operation guys who was assigned to support the project. This night,  after a long day on site, at 6:30 pm I felt tired and hungry, but suddenly that sentence echoed in my ears.

I raised my eyes and looked directly at the other guy and said to him:

“I’m just as dirty as you are”

Back in the days, when I was a student at Uni, we learned that an Axiom was an unprovable rule of first principle accepted as TRUE because it was self-evident. What clearly happened at our dinner was the result of stereotyping jewish people.

Before I continue, let’s take a deep look at the intrinsic meaning of “Subject Pronouns” for a second.

I could have done several things such as pick a fight, start an argument, rip the diversity and inclusion policy off the wall and push it in his face or simply report him to management. If I took any of these actions, it would  have positioned me as a “YOU” or “THEY” and would just have made him build more HATE. Hate is simple, cheap and easy to generate, no point in fuelling it.

Despite that, I could react differently, but I just replied with: “I’m just as dirty as you are”.

He looked at me and I could recognize in his face that he suddenly understood that there was a tired, dirty bugger working on the same site, same project and eating in the same place as he was, who was Jewish. There was no other choice moving forward WE were… well… WE and that Axiom was shuttered.

It was silent after that. We went back to eat dinner and a few minutes later the conversation picked up again on the regular topics we would normally discuss over dinner. I never looked back on it.

Unfortunately, biased opinion is here to stay unless WE do something about it. As leaders, we have the power and the responsibility to change it. 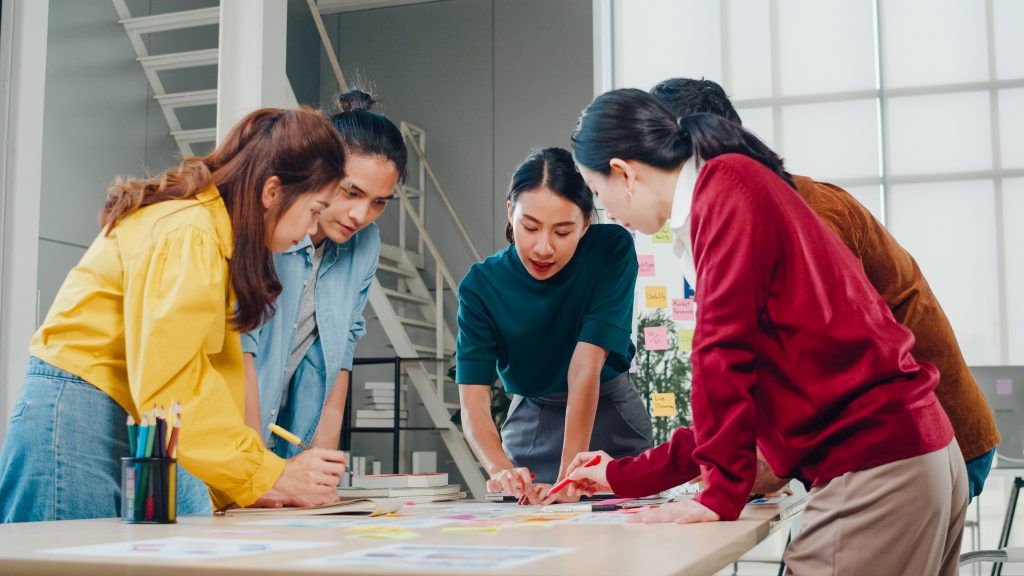 We can remove biased opinions in the workplace by creating opportunities to collaborate with colleagues which would not be organically created. It May seem complicated, but in fact It’s pretty simple, once people deliver something together, THEY will move into the WE group.

I decided many years ago that my mission would be to remove all biased opinions from the workplace so that people would be given a chance based ONLY on their skills and capabilities, Nothing else.  Xrosswork would be born many years down the road, but the vision and mission were already forming in my head. Was I right, should I have taken another approach or action? What would you have done if you were in my place?

I strongly believe that we are living in an era of changes. Opinions and management based on biases should be first on the list of things we must change. Even now, after the pandemic, we realise that we are more connected than ever after all, we are the same, we are all  human beings.

Menu
Try it for Free

This is a new form

Try it for Free

Here's what we need to get you started